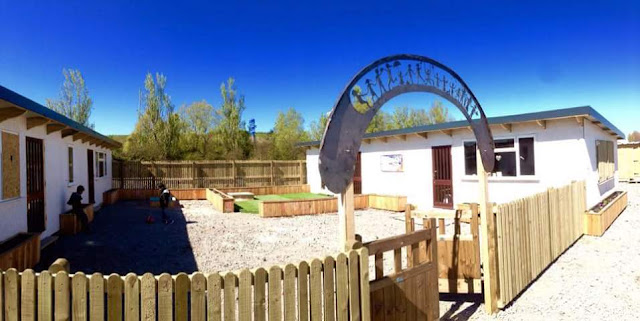 On the 30th of April we travelled to Dunkirk once again to deliver aid to the refugees. Some of the group joined the valiant force working in the L’auburge warehouse, sorting though donations and distributing aid at the camp in Calais. Some spent time at the women and children’s centre in Calais providing emotional support and comfort to the displaced women enduring the harsh conditions of the camp.

After a morning of some delay, the rest of the group made it to Dunkirk with just enough time to build a fence around a small makeshift school in the new MFS (Médecins Sans Frontières - Doctors Without Borders) camp. Upon entering the camp the team were faced with the image of an old man, tattered and exhausted, who was desperately in need of a pair of shoes that would fit his feet.  To his astonishment a member of our team, who matched the man in size and stature, had brought spare footwear with him; and was therefore able to offer the shoes off of his own feet to the man. What a humbling moment it was, as this man pulled his scrunched up feet from his scrawny trainers only to replace them with a comfortably fitting, warm pair of decent trainers. The smile on this man’s face alone was worth the trip.

As the day progressed, so did the fence. The school ground quickly began to take shape as artificial grass was laid across a small decking area with the addition of two filled sandpits. The joy that this addition brought to the children, just filled your heart.

With some extra muscle to hand, from a few very helpful refugees, we were also able to assist by digging out a drainage basin so that the guttering could function appropriately. With plenty of time to spare, we were able to finish the task with ease and enjoy some time playing, teaching and caring for some of the joyful little faces that had filled the grounds. What an achievement is was, to provide these children with a safe a secure place to learn and to play.  Not only was a fence built on this day, but also character, humility, love and friendship. 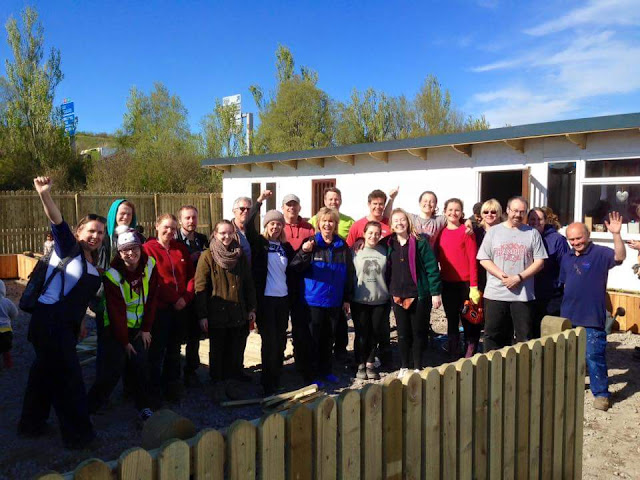 An Urgent Appeal For Greece.

Greece is becoming the focal point, with at least 50,000 refugees and migrants stranded there. Following the implementation of the EU-Turkey deal, newly-arrived vulnerable children and their families have been detained in closed facilities on the Greek islands until their individual interview and assessment take place – This process takes weeks and even months and does not comply with international or european law. Greece has already begun sending back dozens of people who it says do not qualify as asylum seekers under international law, many from Pakistan and north Africa.


There has been an urgent appeal for baby products, including ready made baby formula stage 1 & 2, baby food pouches (no meat of pasta), Nappies size 3, 4 & 5, fragrance free we wipes, baby bottle and kids cups. Care4Humanity has seen the love and devotion of many people wanting to help in form of these donations and has successfully made their first delivery to Help for Leros. 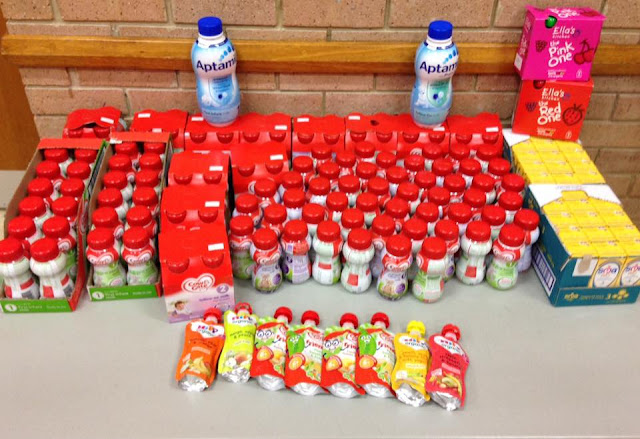 Another Shocking Day In Calais

Escorting the social workers into the camp for their appointment with the "unofficial women's and children's centre" (or what remained of it) a group of 5 of us walked into the "jungle" unaware of the devastation we were about to witness.  What has always seemed like a derogatory term suddenly felt so fitting after spending the morning in the new MSF camps. The Calais camp had truly become a jungle. An area of the camp that had become so familiar over the last few months felt Barron! Completely demolished, with not a building standing. The land, covered in people's belongings, and broken down or burnt houses, was filled with emotion.  It wasn't heard to feel the heartbreak of the people that had been forced to leave their temporary homes in such a rush that they were forced to abandon their belongings, belongings that they had previously scrambled over each other to get. The place was an absolute Wasteland!  After bumping into Sahar (the young man we had previously built a shelter for), we headed over to the sight that he called home for just over a month. The walk over was an emotional one. Sahar and his family of friends had dismantled their shelter earlier that day in an attempt to move it to the north side of the camp before being destroyed. But with the camp was closed to all vehicles with a barricade of police officers. So with no assistance of a vehicle, and no helping hands there was little hope of them getting it done by nightfall. 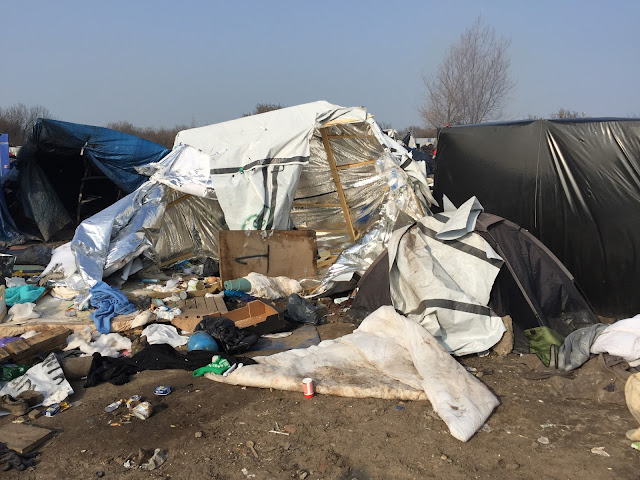 While sitting with Sahar and two of his friends contemplating how we could help them with so little time and resources, the camp suddenly succumbed to a huge cloud of smoke. Sahar and his friends frantically started heading towards it, worried that what was burning down was the last mosque within the previously thriving afghan community. To everyone's disappointment it was. The last place that these people had to pray. Sahar said "it's not just sad for the Muslims, but for everybody in the jungle". The crowd didn't fight the growing barricade of police officers whom seemed to be protecting the refugees from a perhaps dangerous situation, they just stood silently in despair, watching the flames spread from one shelter to the next. It was a heart wrenching scene. 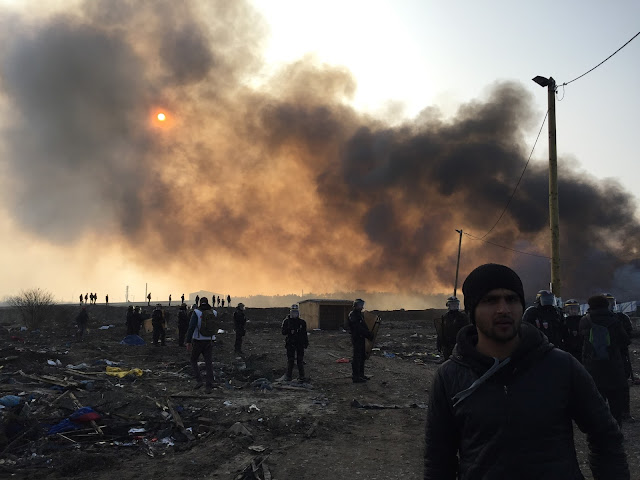 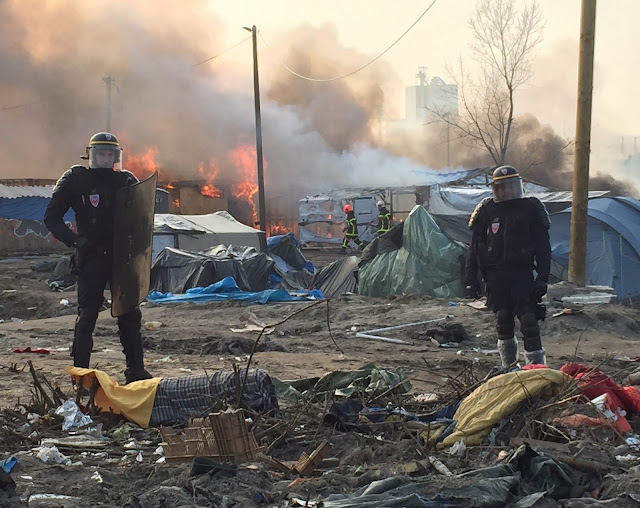 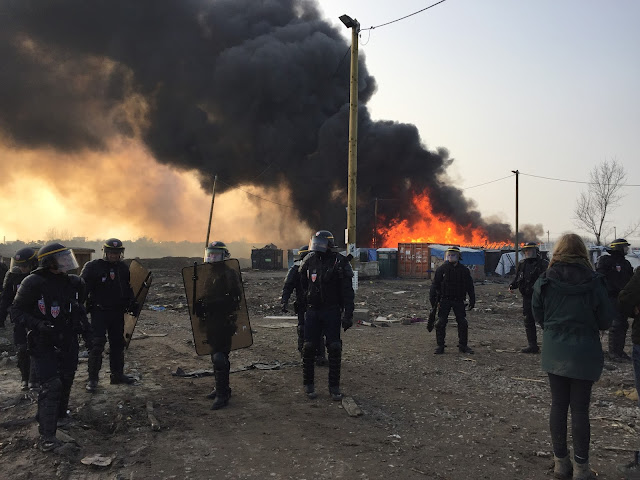 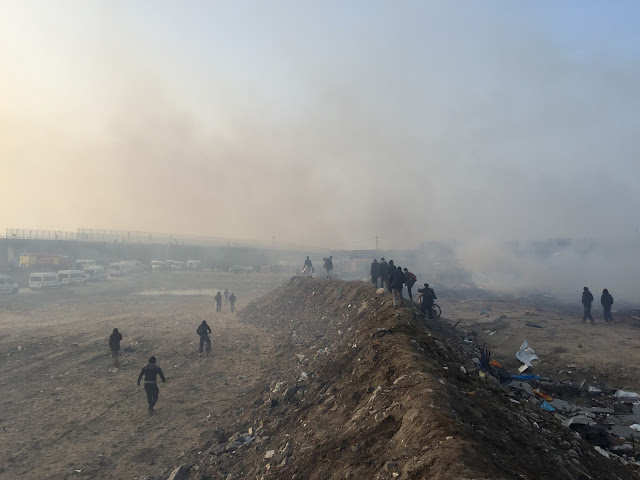 The fire was close to the bridge and with a barricade of police surrounding it, we were trapped in the camp with nothing to do but watch the flames grow, feeling absolutely helpless. On top of that awful helpless feeling we knew that shortly, as the flames dimmed, we'd have to leave. Leave Sahar and his friends with nowhere to sleep, in the freezing cold. Leave all these people living in the worst of  conditions, fighting to keep warm, sheltered and fed, while we travel back to our warm homes with warm running water and cooked food. Battling the smokey conditions that have left us all with a tickle cough, and feeling completely useless we managed to find a way out of the camp and homeward bound. Back to the warehouse and then back to England we travelled in utter silence, contemplating the scene of which we just left. 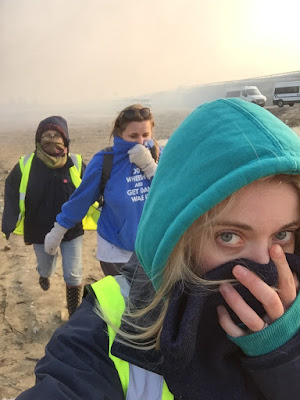 The New MSF Camps in Dunkirk.

Today's trip to Calais was a head turner. First we headed to l'auberge warehouse to unloading a few vans worth of donations. Following this a group of us went to the new MFS camp in Dunkirk to build one of Dan Shillabeers amazing shelters and to drop off a van containing some 600 blankets to the cold and weary. It was amazing to see this new civilised and spacious camp housing almost all of the refugees previously living under vile conditions in other Dunkirk camps. It was amazing to see nice clean bathroom facilities, warm huts with appropriate ventilation and even door numbers. All located in a tidy and safe space where the children could run around free and oblivious to the suffering surrounding them. These camps are a great blessing for the some 2500 refugees that it holds, and while they still lack the basic essentials that we so readily take for granted, such as heating, electricity, cooking facilities etc, their health is no longer at risk from their surround elements.

By request of The Church of Jesus Christ of Latter Day Saints Humanitarian Department, and Kent Social Services, Marisa Rickard (Now Stake Welfare Specialist), Naomi Potter (Stake welfare assistant) and myself (Happy helper Danielle Vernes) returned to Calais to discuss the needs of the refugees and how the said organisations could be of help. This proved to be a very educational and productive trip even though we were perhaps not of much physical use. We were able to learn first hand of the current  needs of both the build warehouse, and the kitchen at L'auberge des migrants international. But most interestingly we were able to spend some time with the volunteers running the "unofficial women and children's centre" in the Jungle. We stood bewildered and shocked at the desperate need for assistance in taking care of and teaching the unaccompanied children aged 12-16. These children, mostly young boys have developed hard shells as they have learnt to fend for themselves under the worst of circumstances and as a result have some deeply routed emotional, mental and behavioural issues. Though tough on the outside, these boys are broken and hurting underneath, and are in dire need of love, care and most of all understanding. The "unofficial women and children centre" is doing all that they can with minimal support and resources to help integrate these young lads into their communities and prepare them for a future that we all pray they will have. 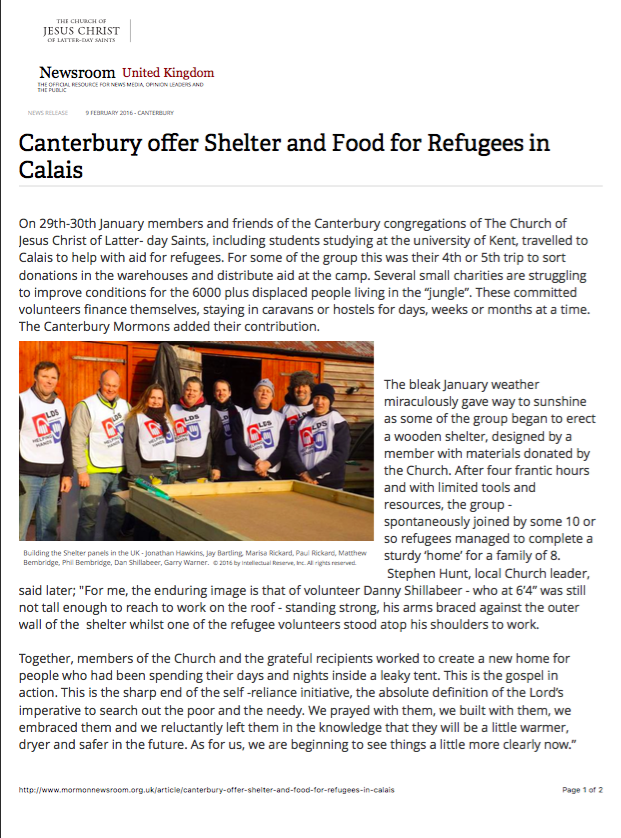 To Build Or Not To Build?

Visiting the jungle and L’Auberge for the first time is, for most people a culture shock. The shelters are rudimentary, but provide some degree of protection. I have the sort of mind that says “what if?”; this time “what if” became “what if IKEA produced shelters?” (in fact they do, in conjunction with UNHCR, and very nice they are too). But IKEA – and UNHCR – are not in Calais. So it’s very much down to the volunteers to set the benchmark for shelters.
My biggest driver was that so much labour-intensive work was being done in Calais that could possibly be done in the UK prior to assembly in Calais. And this is where IKEA comes in. They are masters of flat pack – we build it, you assemble it. So I thought about their construction techniques: how they use strength only where necessary, to reduce weight, cost and materials. An IKEA side table is two sheets of hardboard over a wooden frame, with an egg box in the middle. Rigid, strong, cheap, light, simple, quick. Shelters need to be all of those, so an idea was born. Turn that side table through 90 degrees, chop the legs off, bolt a few together, and wrap in plastic. Voila! (as they say in Calais). A shelter.
Which is all very well until you have to work out the details, at which point joined-up maths rears its ugly head. The devil really was in the detail – allowing for this, anticipating that. Expecting sub-optimal.
What you don’t anticipate is your freakin’ car breaking down on the way to the second build day, when only you have the revised plans, and they’re on the passenger seat, while the build team is in the barn ready to go. So what do you do, sit by the road and cry? No! You pick your sorry butt up, have faith, and find a way round the mountain. By this time in the project we’d overcome lack of build space, lack of build money, lack of manpower …. We were used to obstacles, and this one wasn’t going to beat us. (Please note, I’m using the word ‘we’ advisedly; while I had the original idea and took on planning and construction, communications and all the other logistics were thankfully removed from my shoulders by capable others, who turned out to be incredible, shoulder-to-shoulder allies in the Calais mud, when we battled to the last second to get this thing finished.)
Midnight oil well and truly incinerated, we loaded the ‘shelter’ on the van, ready for the trip. Throwing in spare bits turned out to be wise………